Cameroon: 4 Nationals Freed After Being Held by Rebels in CAR 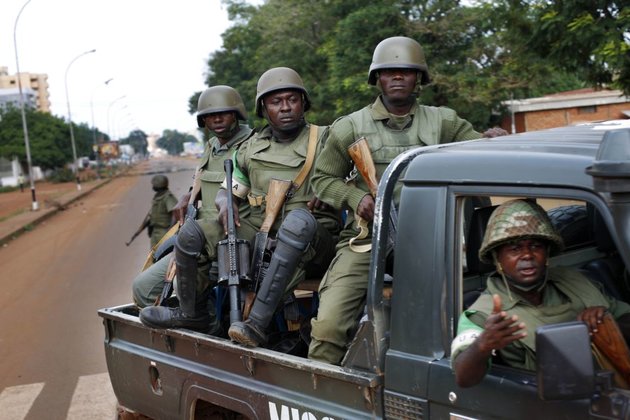 Cameroon says rebels in the neighboring Central African Republic released three men and a woman Sunday who were abducted late last year. The four were among more than 300 Cameroonians and thousands of cattle reportedly seized by rebels in the past two years.

Border communities are asking the Cameroonian government to authorize armed self-defense groups to fight the rebels.

Cattle rancher Daouda Halidou, 37 years old, says the four adults who were beaten regularly by their captors were tied up and abandoned in the bush after their families paid more than $40,000 to secure their release.

Kildadi Taguieke Boukar, governor of the Adamawa region which shares a boundary with the C.A.R., says it was one in a series of kidnappings in the last month. He says armed gangs from the troubled C.A.R. have been working in collaboration with men of the underworld in Cameroon to abduct and kill individuals.

'They have kidnapped the chief of Akunure, and they have asked him a ransom of 100 million CFA [$175,000],' Boukar said. 'The gang had been hiding their arms near Bacada, and all the members of the gang escaped to a neighboring country. Cameroonians came from Garoua and some of them came from Yaounde to carry out this act.'

A study conducted by the Mbororo Cultural and Development Association, whose members are mainly cattle ranchers, indicate that at least 8,000 cattle had been seized or killed, more than 300 citizens kidnapped and over $4,000,000 lost to the armed gangs within the last two years.

Spokesperson Daji Amina Innatou says the association is taking care of hundreds of children whose parents were killed by the attackers.

'It is really devastating. It is more than 70 men and some women who were killed, and you can imagine how many orphans as a result of this,' Innatou said.

Authorities within Cameroon's national assembly are inviting the public to work with the military to curb the insecurity, while the government prepares to deploy more troops to the porous border localities used by the rebels to infiltrate Cameroon.

Local elites want to create village militias to stop the rebels. Mohaman Gabdo Yaya, traditional ruler of Banyo, a town in the Adamawa region, says they are negotiating with the government to authorize the militias to use weapons.

Yaya says the administration should allow militias to use guns because sending self-defense group members to fight the rebels without modern weapons is like sending them to commit suicide.

The government has not said when it will decide on the local officials' request.

The C.A.R. descended into chaos after longtime leader Francois Bozize was overthrown in 2013 by a predominantly Muslim rebel alliance called the Seleka. Christian militias called the anti-Balaka emerged in response, accelerating a cycle of sectarian violence.