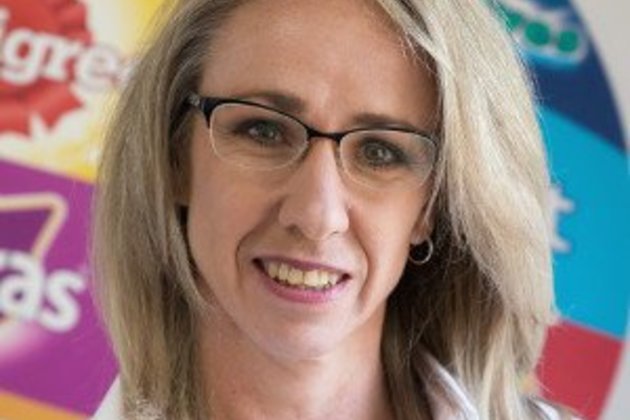 Not even tough economic times can keep consumers away from chocolate.

"They might buy a single serving and there are lower volumes sold, but they don't move away," she said, adding that people were still inclined to buy chocolate despite the impact on their pocket because it served as a special treat during hard times.

Joubert heads up the local unit of US based Mars Incorporated, importing goods such as Wrigley's chewing gum, M&M's, Twix, Bounty and Mars Bars to SA as well as manufacturing pet food and convenience products Royco in South Africa.

"Consumers are looking for more and more deals, it's important to look at the trends responsible for consumption," Joubert told Fin24 in an interview at Mars Africa's offices in Woodmead, Sandton.

The SA unit of the global brand, established in 1994 has 2% of the market share in the chocolate market, dominated by giants such as Cadbury and Nestle.

But Joubert predicts growth ahead, with an emerging middle class able to afford premium products. Mars Africa's confectionary is aspirational in nature and seen in US movies and television shows. She also references the opportunity to penetrate the lower income market

Retailers and the manufacturing sector have been hit hard in recent years by weak consumer confidence and sluggish growth. The country dipped into recession in the first six months of 2018 and grew by just 0.8% for the year.

Joubert said the fast moving consumer goods sector (FMCG) was under pressure and this was reflected in Mars Africa sales and trends.

There are over six million dogs and four million cats in SA, according to Mars Africa research, which represent a massive opportunity for pet food manufacturers and distributors. During tough economic times, instead of feeding pets specialised food, some consumers tend to cut back and either feed their animals human scraps or only make use of the products once a day.

Joubert said this is where education is key in educating people about the value of combined feeding and the products available to supplement pet care in households under economic pressure.

Chewing gum is another area that the consumer goods sector requires a focused strategy with "consistency at every till point".

A great deal of research goes into consumer behaviour and Joubert says that gum is always an impulse product and never makes it to a shopping list. To ensure sales of Wrigleys gum, Mars Africa positions the product close to tills, otherwise people do not remember to buy it.

There is also the trend of younger people buying fruit flavours and customers over the age of 25, preferring mint brands.

Joubert was appointed as General Manager Southern Africa for Mars Multisales Africa in November and was previously head of sales at the company. She began her career in medical equipment sales, having with a degree in Medical Technology from then Rau university, currently the University of Johannesburg.

She manages the local unit's operations of importing products from the Netherlands, Poland, Thailand and Australia as well as manufacturing plants in South Africa. Joubert also oversees the rest of Africa business with strong performance in Nigerian and Kenyan markets.

Joubert believes that for women to get ahead in the workplace, they need to be identified in a succession plan, early and this cannot be done on an ad-hoc basis as it often is with SA businesses.

The question of women business leaders has been brought to the fore again by the departure of Maria Ramos as CEO of Absa Bank at the end of February. She was the only female head of a TOP 40 listed company on the Johannesburg Stock Exchange.

Joubert said it is also important to understand women's needs in the workplace with world-life balance and parental time off.