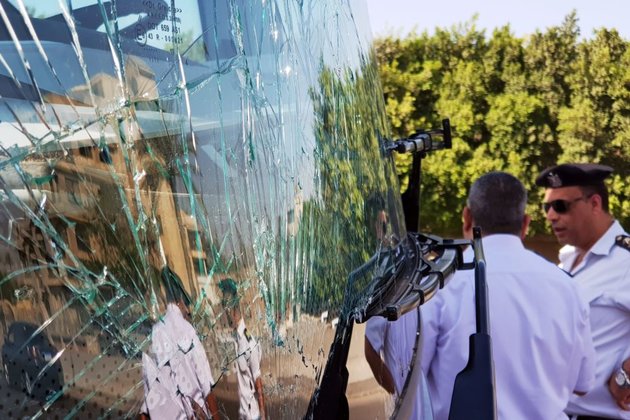 At least 16 people were injured in a blast targeting a bus near Egypt's Giza pyramids Sunday, security sources said.

Most of the injured appeared to be tourists, and South African nationals were among the foreigners hurt.

There were no immediate reported deaths, Reuters reported.

In December, three Vietnamese tourists and one Egyptian guide were killed when a bomb hit their bus near the Giza pyramids.