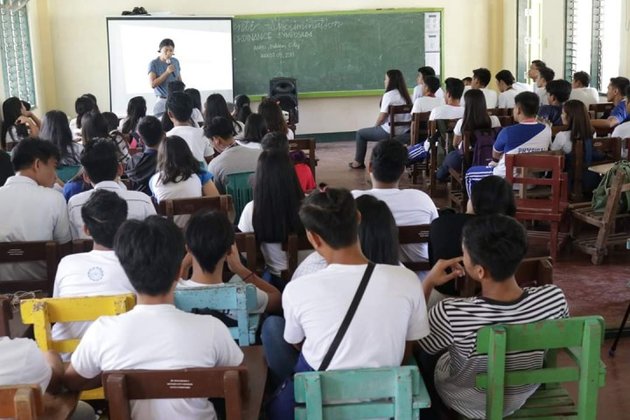 BUTUAN CITY, Aug. 19 (PIA) -- With the implementation of the Anti-Discrimination Ordinance here, the students of various schools were reminded on the provisions of said ordinance during a symposium conducted by the Ladlad Caraga, Incorporated, a non-government organization that promotes the rights and welfare of the lesbian, gay, bisexual, transgender, queer and intersex (LGBTQI) community.

According to Isagani Bacasmas, Jr., chairperson and chief executive officer of Ladlad Caraga, the youth or the students are vulnerable and have been prone to discrimination and bullying especially inside the school.

He said there were times where these students are not prioritized in several opportunities as they are being discriminated by other people.

"We are conducting this symposium because we want to educate the students in all schools about the anti-discrimination ordinance, as we observed that there have been students who were bullied and discriminated by their peers," said Bacasmas.

He emphasized that this is of great help in order to prevent anyone from committing violation of human rights, and discrimination against the LGBTQI sector.

Jun Mechael Sacurom, grade 12 student, said he supported the ordinance since he believed that everyone should be respected regardless of their preference or sexual orientation.

Also, Lianna Alissandra Caponpon, grade 12 student, underscored that this kind of symposium helped the students became more aware of the said ordinance and would always be reminded not to discriminate anyone.

It can be recalled that SP Ordinance Number 4998-2016 was approved on June 30, 2016, which prohibits anyone to discriminate a person on the bases of age, disability, ethnicity, gender and expression, gender identity, health status, physical appearance, political affiliation, religion, sexual orientation, social and marital status. (JPG/PIA-Caraga)