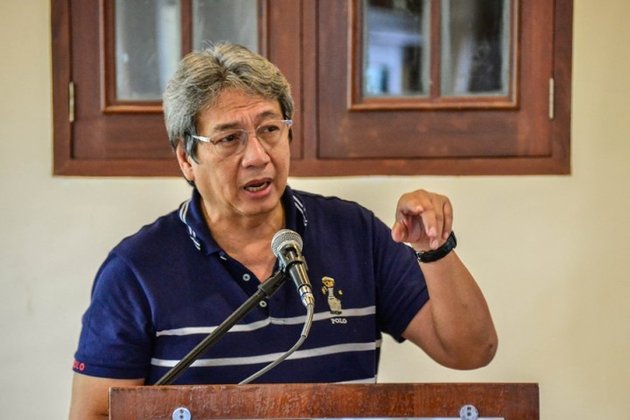 CITY OF ILAGAN, Isabela, Sept. 5 (PIA)--The Local Chief Executive of this province has ordered the creation of a task force to monitor the entry of livestocks and meat products that are affected by African Swine Fever and other diseases.

Isabela Gov. Rodolfo Albano III signed Executive Order 25-A, Series of 2019, creating Task Force Anti-African Swine Fever in Isabela that shall be responsible in the prevention and control of the entry of meat products that are infected with the said disease.

In his order, Albano said that it is the policy of the State to promote a just and fair trade economic activities and provide effective mechanisms or measures to promote the well-being of its citizens, their livelihood and economy.

He said the Department of Agriculture (DA) has banned the importation of pork from 19 countries following reported incidents of hog mortality in Luzon and other areas in the Philippines and cases of African Swine Flu in Asian, Europian and African countries, as well as fears of contaminated meat.

"The province of Isabela today, with its 34 progressive municipalities and 3 booming cities, is one of the biggest livestock raisers in the country as well as markets for meat products in Northern, Luzon," Albano said.

He also tasked the Provincial Veterinary Office to monitor the compliance of local poultry and livestock industries with food quality and safety standards prescribed by law.

"The entry of all hogs and other livelstock animals need to be closely monitored with unquarantined and unscreened animals prevented in entering in any part of the province," the governor said.

He added that there is an urgency to create a task froce that will establish the monitoring and quarantine of livestock animals transported in Isabela as well as set up procedures that will ensure the quality and safety of fresh meat products here.