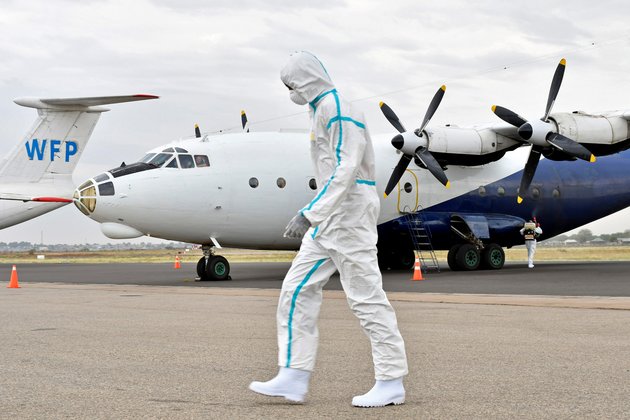 YEI, SOUTH SUDAN - Community leaders in South Sudan's Central Equatoria state say the government is undermining its own coronavirus prevention measures by allowing people to freely enter the country from Uganda and the Democratic Republic of Congo.

Locals in Yei River County, which borders both countries, say there are at least 15 porous entry points at Busia, Tamania Teletin, Bazi, Ondako, Esebi, Lasu, Kirigwa and other towns.

Uganda and the DRC have small but growing numbers of COVID-19 cases, while South Sudan confirmed its first case on Sunday, a United Nations staffer who entered the country legally in February.

Justoson Victor, who works for the nonprofit organization Yamora in the Yei River area, said South Sudan authorities and health officials are making no effort to trace people who enter illegally.

"We are not having a well-oriented team that is doing testing and tracking movement of people, and I would like through the government to inform the local chiefs to refer anybody coming new into the country should be checked by health authorities," Victor told VOA's South Sudan in Focus.

Victor said another problem is that some security forces accept bribes from travelers and allow them to cross into South Sudan despite a clear directive from President Salva Kiir to shut down all border crossing points.

"As a ministry, any person coming from outside into Yei town, he or she must undergo health screening and we are calling on the community leaders to inform us on the movement of people from the shortcut routes," Wani told South Sudan In Focus.

"I am calling on the national government task force to do more intervention in Yei than Juba because I have seen the risk here. We need people to be deployed to monitor the situation, and we need testing equipment installed at each checkpoint," Moses told South Sudan in Focus.

Amule Felix, former administrator for the Yei River state government, said he asked the army and other forces to stop the illegal entry of people.

"We have urged the SSPDF [South Sudan People's Defense Forces] and other security organs at the borders to ensure that this movement is stopped," Felix told South Sudan In Focus.