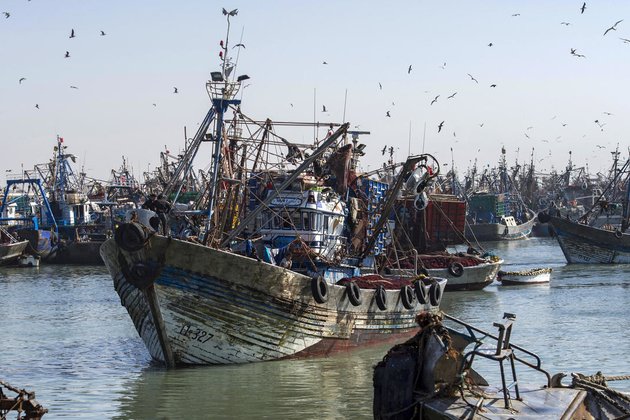 The European Court of Justice is next week to discuss EU-Morocco accords allowing Rabat to export goods from Western Sahara that are contested by the pro-independence Polisario Front.

It is to hold two sessions on Tuesday and Wednesday but a ruling will take "several months", a spokesman for the Luxembourg-based court told AFP.

For the Polisario, Moroccan exports from the disputed territory amount to "looting of its natural resources", notably agricultural goods, phosphates and fish, according to the independence movement's French lawyer Gilles Devers.

On the other side of the argument, Moroccan Foreign Minister Nasser Bourita, quoted by the kingdom's MAP news agency, said Rabat would repel "this judicial harassment" and defend "the legitimacy of its partnership" with Europe.

On the ground, tensions rose sharply in November when Morocco sent troops into a buffer zone to reopen the only road leading from Morocco to Mauritania and the rest of West Africa.

The two sides have since exchanged regular fire along a UN-monitored demarcation line.

A 1991 ceasefire deal was meant to lead to a referendum on self-determination for the Britain-sized former Spanish colony that is home to about one million people.

Morocco has offered autonomy but maintains the divided territory is a sovereign part of the kingdom.

The Polisario, which fought a war for independence from 1975 to 1991, has said it is still willing to join UN discussions on the territory's future -- but would not lay down its arms.

Access to the European market was being used "to prolong (Moroccan) colonisation", according to the longtime activist for the Sahrawi cause.

The trade figures are significant.

In 2019, Morocco exported 434 million euros ($524 million) worth of fish, tomatoes and melons from Western Sahara to Europe, the European Commission said last December, without giving a figure for phosphates.

In 2016, the Polisario won a European Court ruling that a trade deal between Morocco and the EU did not apply to the Western Sahara.

But the European Parliament in 2019 extended trade preferences to products from the territory, which is the last on the African continent whose post-colonial status has not been settled.

Extending preferential tariffs "contributed to the normalisation and relaunch of EU-Morocco relations and, as such, to maintaining their dialogue and constructive cooperation on the protection of human rights", according to the European Commission.

On the political front, Rabat has won recognition of its claim to sovereignty over the disputed territory from a growing number of African and Arab countries which have opened consulates in Western Sahara.

In January, the outgoing administration of president Donald Trump broke decades of precedent by extending US recognition of Moroccan sovereignty over Western Sahara in return for Rabat's signature of a normalisation deal with Israel.