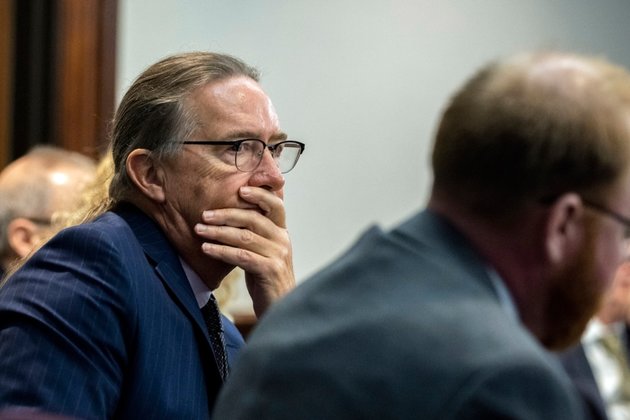 The trial, which has divided a southern U.S. community, once again has forced America to reckon with an incident of deadly force being wielded against a racial minority member.

Gregory McMichael, 65, his son Travis McMichael, 35, and neighbor William "Roddie" Bryan, 52, were accused of chasing down and murdering Ahmaud Arbery outside of Brunswick, Georgia, in February 2020.

During the lengthy trial, the jury heard conflicting accounts of what happened from defense attorneys and the state prosecutor.

"They made their decision to attack Ahmaud Arbery in their driveways because he was a Black man running down the street," said lead prosecutor Linda Dunikoski.

In an hourlong presentation Dunikoski attempted to cast doubt on the defendants' credibility and assertions that Arbery, 25, posed a danger to them.

"They killed him not because he's a threat to them. No weapon, no threats, no way to call for help. He [Arbery] ran away for five minutes," she said.

In addition to murder and aggravated assault, the three Georgia men were charged with attempted kidnapping and a federal hate crime for allegedly racially profiling Arbery. The younger McMichael was the only defendant to take the stand, testifying that he fired his shotgun at close range at Arbery in self-defense.

A woman holds a candle and sings during a prayer vigil outside the Glynn County Courthouse where a jury started deliberating the trial of Greg McMichael, his son, Travis McMichael, and a neighbor, William 'Roddie' Bryan,Nov. 23, 2021.

The defendants pleaded not guilty, contending they suspected Arbery, who was out on a jog, of burglarizing homes in their predominantly white neighborhood and pursued him in vehicles. Travis McMichael was captured on Bryan's cellphone video confronting Arbery with a shotgun. The two are seen struggling before Arbery reached for the gun and was shot three times.

In his closing argument, Jason Sheffield, one of the McMichaels' lawyers, showed jurors the video in which it appeared that Arbery grabbed Travis McMichael's gun before the shooting. 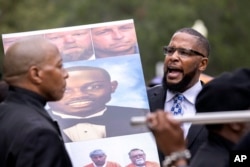 FILE - Dozens of Black Lives Matter and Black Panther protesters gather outside the Glynn County Courthouse where the trial of Travis McMichael, his father, Gregory McMichael, and William 'Roddie' Bryan is held, Nov. 22, 2021, in Brunswick, Ga.

The defendants said they believed Arbery to be a burglary suspect and sought to detain him under Georgia's citizen's arrest law, which has since been repealed amid outrage over the killing. A police officer testified during the trial that the defendants never mentioned trying to make a citizen's arrest. The law, which dates back to1863, allowed anyone to detain a person if there was reasonable and probable knowledge that the person was fleeing a serious crime they just committed.

For its part, the prosecution attacked the claim of self-defense, noting the defendants themselves initiated the confrontation with Arbery.

The jury, made up of 11 white people and one Black person, saw CCTV video of Arbery walking into a home construction site before the shooting, but he didn't take anything before walking away.

"I don't think the defense provided a robust argument to defend the aspect of a citizen's arrest because the men had no knowledge Arbery committed a crime," said former New York City police officer Darrin Porcher, in an HLN cable network interview.

Arbery was unarmed, and prosecutors maintained the men "assumed the worst" as he ran through the neighborhood, which had experienced some recent automobile break-ins.

Gregory McMichael told police he shouted at Arbery to stop before his son, Travis McMichael, confronted him with a gun.

"The state has a duty to prove under the law that Travis at the time he raised that gun was not in fear of his life," said Sheffield. "Travis McMichael is not guilty on all charges."

Arbery's death sparked nationwide protests last year after police did not charge the suspects for more than two months after the video of his killing was leaked and went viral on social media. 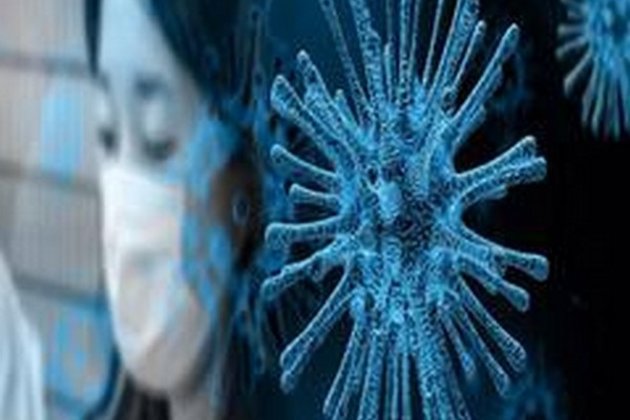 Who's in? Who's out? The ethics of COVID-19 travel rules 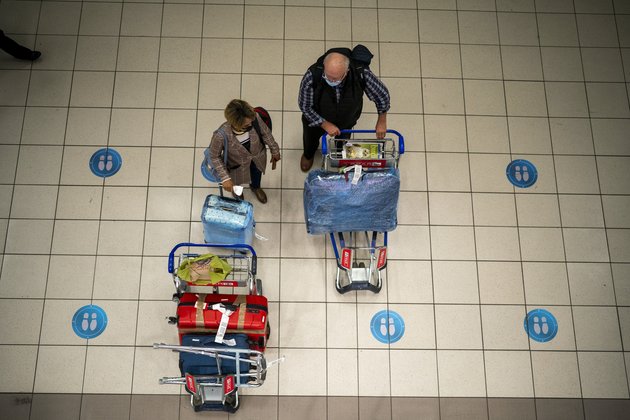 Omicron, the latest COVID-19 variant dubbed a "variant of concern" by the World Health Organization, has prompted new travel restrictions ...