Women in sport are winning the fight for equal pay - slowly 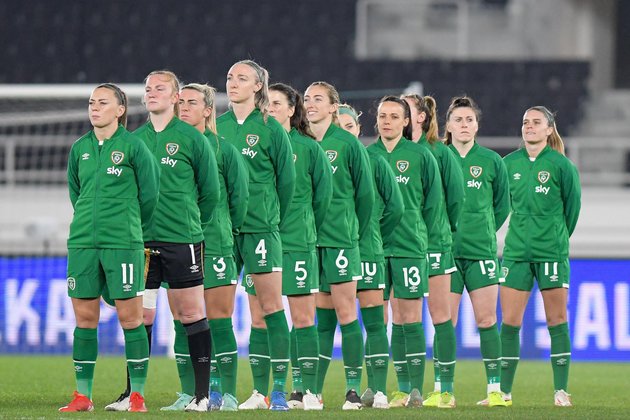 The Welsh national football association has pledged to introduce equal pay for their men's and women's teams by 2026. The news comes following a documentary featuring the most capped Welsh player Jess Fishlock, who called the lack of pay parity "unacceptable".

It also follows the Irish football association's introduction of pay parity for its national teams. Through a combination of the men's squad agreeing to reduce their international fees, and the association matching their contribution, all players will now receive €2,000 per match. Wales and Ireland join England, Brazil, Australia, Norway and New Zealand as national football associations who have equal pay agreements with men's and women's teams.

These recent cases are indicative of real change in how some national governing bodies view women's sport, long considered "less than" the men's versions and chronically underfunded. And, as these bodies are social institutions - their decisions and financial support influence how society views sport - this is good news for women's sport more broadly. However, for many players and athletes, progress is slow and challenges remain.

For years, a lack of pay has left many women navigating a complex balancing act of elite level sport and work or study. Many continue to do so. Sportswomen, despite making professional commitments and complying to professional expectations, are often treated as amateurs.

However, many women athletes have been reluctant to question inadequate workplace conditions as there is often a "be grateful" narrative enveloping women in professional sport environments. Yet, to acquire professional status offers legitimacy to women athletes.

Pay across the pond

Perhaps the highest-profile challenge for equal pay in football comes from the US women's national team, who has had long, unrivalled success on the international stage. Yet for the past five years, their highly publicised legal battle - and the "equal play, equal pay" campaign - has drawn attention to the lack of pay parity in the sport.

Although the dispute started in 2016, in 2019, the team took the US Soccer Federation to court in pursuit of better pay and working conditions. At the time, an economic expert noted the women's team could be owed US$66 million (Pound 48.2 million).

US Soccer has fought against the case on multiple grounds, made more complex by the fact that both parties are using different sets of statistics to attempt to prove or disprove the team's financial success. Both parties also disagree about the performance comparisons with the men's team, with US Soccer controversially arguing -- although later backtracking -- that in football, men do different work to women.

The US team's initial complaints were dismissed, as they were unable to prove a breach of the Equal Pay Act. In our recent research, we analysed the implications of the US women's team's collective action lawsuit against US Soccer, highlighting the need for formal, legal reform, such as Iceland's Equal Pay Certification. The new legislation contains amendments to the 2008 "Gender Equality Act" which aims to reduce gender-based pay discrimination.

Professional women footballers operate in a more precarious workplace, with poorer conditions, lower pay, shorter contracts and a smaller number of professional opportunities than men. As explained in our analysis of the USWNT dispute, this is a byproduct of decades of gendered discrimination.

US Soccer has since offered the same pay structure to all its senior players, but the women's team believe the offer does not go far enough if it means a reduction in player earnings. The legal case is still ongoing, with the team filing an appeal this summer after a judge dismissed their lawsuit.

Women's football has arguably led the way in the fight for equal pay, but there have also been notable changes in rugby in recent months. England's women have risen to the top of the world rankings since fully professionalising at the start of 2019. This year, an under-fire Welsh Rugby Union offered women rugby players professional contracts. Although there are still issues to be overcome, for the first time in their history up to ten players will have full-time professional contracts, with a further 15 players on retainer contracts.

While the increase in both professional opportunities and pay parity for women athletes is worthy of celebration, women should not have to feel grateful for the opportunity. And, like the USWNT have done so publicly, they can legitimately demand, and expect, more.