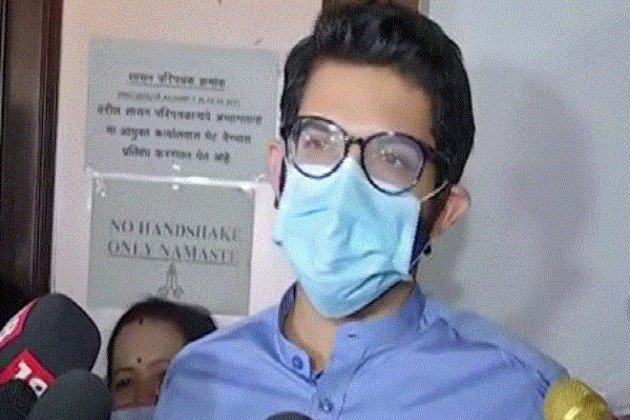 Mumbai (Maharashtra) [India], November 30 (ANI): Amid concerns over the Omicron variant, the Guardian Minister of Mumbai Suburbs Aaditya Thackeray on Monday said that the state government will urge to Centre to reduce the gap between the COVID-19 vaccine doses so that it can complete 100 per cent of the second dose for Mumbai by mid-January.

Addressing the media after a review meeting of Mumbai's COVID-19 readiness at the Brihanmumbai Municipal Corporation (BMC) headquarters yesterday, Thackeray said that 100 per cent of Mumbai's population has been vaccinated with the first dose of the COVID-19 vaccine, while 72 per cent have received their second dose.

"We would be requesting the Union government to reduce the gap between two doses, without altering our vaccine delivery schedule, so that we can complete 100 per cent of the second dose for Mumbai by mid-January," he added.

As per them, Maharashtra has been able to vaccinate only 80.11 per cent of its population with the first dose of the COVID vaccine and 42.5 per cent with the second.

Following the relaxations in the Covid restrictions in the state, Thackeray said that people should lead a normal life, "but wearing a mask and being fully vaccinated is essential."The Guardian Minister has also appealed to the corporates and other institutions to check that their staff, employees and others around them are fully vaccinated.

"In case there is someone whose second dose (of COVID-19 vaccine) is due, we can help schedule it," he said while also requesting them to conduct an RT PCR test or RAT test of their team once a week, if possible.

"This way we can identify the asymptomatic cases too," he added.

Reacting to the Omicron variant of coronavirus first detected in South Africa, Thackeray said that the country's scientists must be given due credit for detecting it, "rather than blaming them for the stain."Talking of Mumbai's preparedness to deal with the new variant, the minister said, "We are in touch with the countries where cases of this strain have been reported and are taking note of how they are dealing with the patients of the variant, the oxygen requirement, and the patient load they presently have."Meanwhile, a person, who returned from South Africa to Dombivli, has been tested positive for COVID-19 on Sunday, said the Kalyan Dombivli Municipal Corporation (KDMC).

Dr Pratibha Panpatil, health officer, KDMC, said, "A person, who returned from South Africa, has been tested positive for COVID-19. His samples will be sent for genome sequencing to ascertain whether he has been infected with new variant Omricon." (ANI)