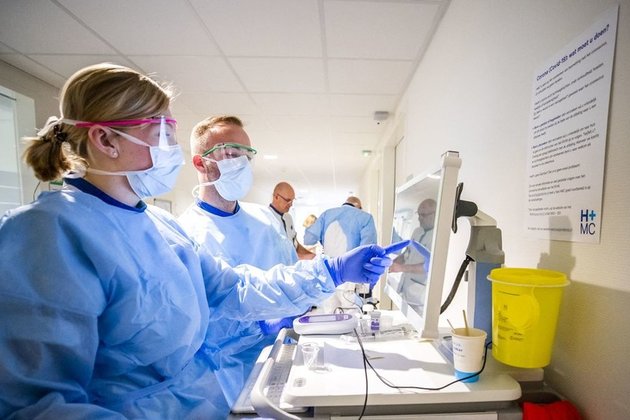 The Omicron Covid-19 variant arrived in the Netherlands before it was first reported to the World Health Organization (WHO), according to new data presented by the nation's health watchdog.

The new strain was already present in the Netherlands more than a week before its first cases were confirmed by Dutch health authorities, the country's National Institute for Health (RIVM) said on Tuesday.

Traces of the Omicron strain were found in two test samples taken by the Dutch municipal health services on November 19 and 23, the RIVM said in a statement. The samples show that the new strain arrived in the Netherlands at least 10 days before November 28, when the health watchdog confirmed 13 such cases for the first time.

It was also before South African scientists reported the new strain to the WHO on November 24. The first known Omicron infection in southern Africa was confirmed on the basis of a sample collected on November 9, the UN body said.

"It is not yet clear if the people concerned have also been to southern Africa," the RIVM said. All 13 previously confirmed cases were discovered in travelers who had arrived from South Africa. One additional case linked to travel has also been identified since November 28.

The samples contain "different types" of the Omicron variant, the health watchdog said, adding that it meant the people "most likely" got infected separately and contacted various infection sources.

The municipal health services are now contacting the people concerned, as they have launched an investigation into the issue and are seeking to trace the infection source and the contacts of the affected persons.

The Omicron strain, designated by the World Health Organization as a "variant of concern" due to a high number of mutations and potentially high transmissibility, was first discovered in southern Africa. It has since spread beyond the region and cases have been confirmed in several European countries, including Belgium, Germany, and the UK. The Dutch authorities now require all people arriving from southern African nations to be tested and go into quarantine until the results are known, even if they are vaccinated.