Strongly believe that India should have wrist spinner in overseas Tests: Irfan Pathan 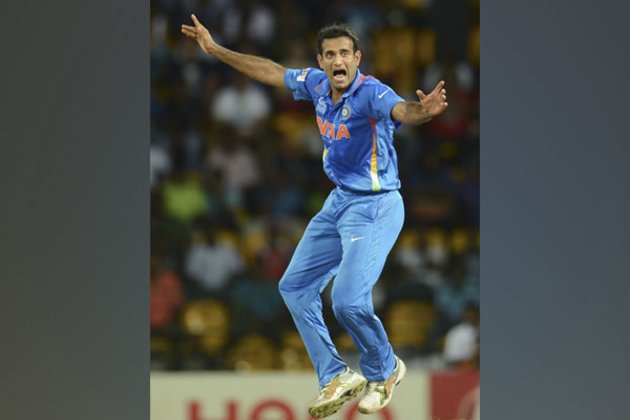 New Delhi [India], January 15 (ANI): Former India all-rounder Irfan Pathan on Saturday said that the Virat Kohli-led Test side should look to have a wrist-spinner in the playing XI while playing Tests overseas.

Pathan's remark came a day after India lost the three-match Test series against South Africa. The Kohli-led outfit suffered a seven-wicket loss in the third and final Test, hence losing the series 1-2.

"Indian middle-order looks like it will change, Should too. But I strongly believe in having a wrist spinner in overseas conditions. Which will have a solid wicket-taking option in any condition," tweeted Pathan.

India Test skipper Virat Kohli admitted that batting let the visitors down in the Test series against South Africa but did not directly comment on Cheteshwar Pujara and Ajinkya Rahane's spot in the team.

"Batting has let us down in the last two games I would say and there is no running away. I can't sit here and talk about what could happen in the future (about Pujara and Rahane)," said Kohli in the press conference.

Pujara had scored 43 in the first innings and nine in the second essay of the final Test but Rahane failed to leave a mark in both innings as he scored nine and one in the third game.

Kohli said if any decision has to be taken on both batters' future then it is the duty of selectors and not the captain.

"You probably have to speak to the selectors about what they have in mind because this is not my job. As I have said before, I would say again, we have continued to back Cheteshwar and Ajinkya because of the kind of players they are and what they have done in past in Test cricket," said Kohli.

"They played crucial knocks in the second Test against South Africa in the second innings which got us to the total we could fight for, so these are the kind of performance we recognise in the team but what the selectors have in mind and what they decide to do obviously I cannot comment on that sitting here," he added.

India had won the first Test by 113 runs but South Africa registered wins in the second and third Test to clinch the series. (ANI)