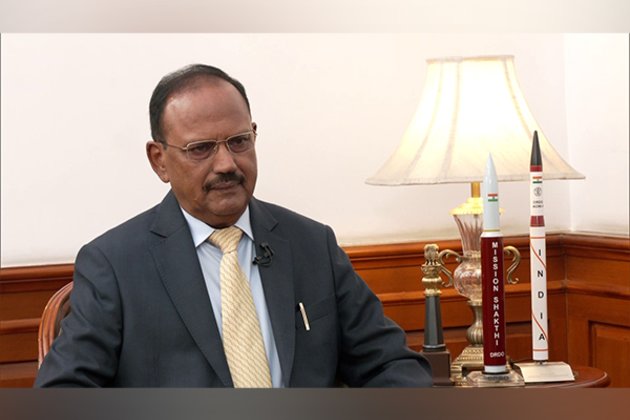 New Delhi [India], June 21 (ANI): National Security Advisor Ajit Doval on Tuesday said that while India wanted to have "normal relations" with Pakistan but its "tolerance threshold against terrorism is very low."In an exclusive interview with ANI Doval said, "We cannot have peace and war at the choice of our adversary. If we have to protect our interests, then we will decide when and with whom and under what terms we will have peace. When our core interests are involved, there is no question of peace at any cost. There has got to be peace and we got very good relations with our neighbors, Pakistan included.""We would like to have very normal relations with them but certainly tolerance threshold for terrorism is very low," he added.

Doval mentioned that in the past eight years, India has not seen any terrorist activities except in Jammu and Kashmir, which has been adjusting to a proxy war. "It was a different type of proxy war," Doval said.

The NSA pointed out that between the years 2005 and 2014, there were "a whole range of" bombing incidents that took place in cities like Kanpur, Mumbai, Bangalore, Ahmedabad and others. He said that if the country was not firm and if we did not have clarity that we will fight it and that India "will not beg for peace at any terms."On the Kashmir issue, Doval said that the mood and temper of the people of Kashmir have totally changed post 2019.

"Post-2019, the mood and temper of the people of Kashmir has totally changed. People are no more in the favour of Pakistan and terrorism," Doval said.

Since the abrogation of Article 370 in 2019, the national security advisor said that people in Kashmir do not support Pakistan and terrorism anymore.

2019 also marked the year in which over 40 Indian soldiers were killed after a CRPF convoy in which they were travelling in was bombed by a Pakistan-based terror group in Kashmir's Pulwama.

"Where is Hurriyart? Where are those bandh calls... where are those Friday hartals... they have all gone. Some young boys are getting misled but we are doing our best to persuade them, their families are trying to persuade them, there are lot of changes have come ... some military organisations are there ..they do create problems for us but we are fighting them with total resolve," Doval told ANI.

Meanwhile, earlier India had isolated Pakistan in the global arena on terrorism grounds. The International Court of Justice ruled in favor of India in the Kulbhushan Jadhav case and forced Pakistan to grant consular access.

Due to the lack of even minimum support at the UN Human Rights Commission, Pakistan did not get a chance to raise the Kashmir issue. It is a result of India's growing clout that after the cowardly terrorist attack in Pulwama and the subsequent airstrikes by India, all major global leaders stood in solidarity with India. (ANI)