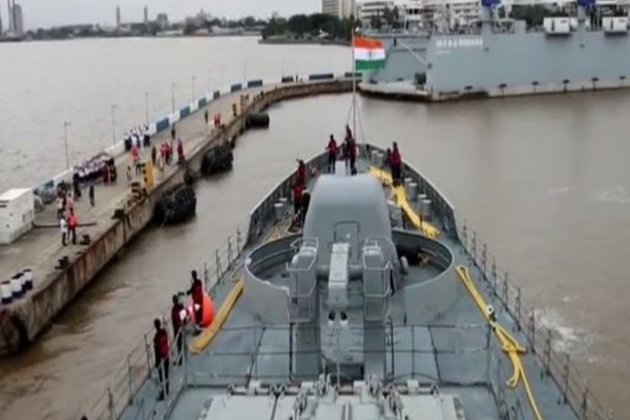 This 41-day anti-piracy deployment is the first such deployment in GoG by the Indian Navy warship. The deployment included port calls at Dakar in Senegal, Lome in Togo, Lagos in Nigeria and Port Gentil in Gabon.

Apart from anti-piracy patrol and joint exercises with regional navies at sea, the deployment was utilised for capacity-building activities like training in damage control and fire fighting, diving, medical aspects and casualty evacuation, the Indian Navy said.

Recently, the ship took part in a Joint Maritime Exercise with Nigerian Navy Patrol Ships on September 12-13. The exercise provided an opportunity to strengthen interoperability between the Indian and Nigerian navies in various facets of maritime operations like anti-piracy, assistance to vessels in distress, SAR drills, and anti-air and anti-surface operations.

It also helped enhance skills for naval interdiction and counter-piracy operations, according to Indian Navy officials. The exercise marked India and Nigeria's first joint operational deployment in support of anti-piracy operations in the GoG. (ANI)