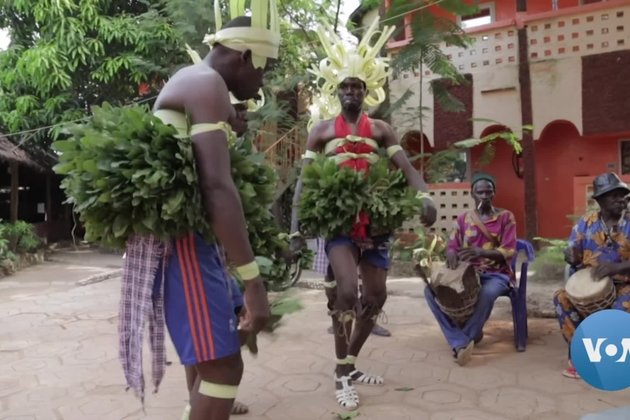 KEDOUGOU, SENEGAL - As climate change has challenged food security, some African countries that have relied on grain imports, like Senegal, are looking to indigenous grains like fonio that thrive in drier soil. Senegal celebrates an annual 'Day of Fonio' to urge increased production of the nutritious grain.

Dancers moved to the beat of the tam tam drums to welcome Senegal's 13th annual "Day of Fonio."

Fonio is a grain native to West Africa that is packed with nutrients like protein and amino acids. 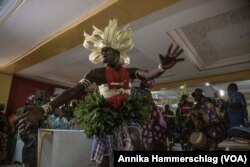 A dancer performs at at Senegal's annual day of fonio in Kedougou, Senegal, Nov. 15, 2022. (Annika Hammerschlag/VOA)

About 200 people turned out for the event, which takes place each year in the country's far east region of Kedougou.

The region, on the border with Guinea and Mali, has become known as Senegal's fonio hub.

"The goal of this day is to raise awareness about the benefits of fonio and to encourage Senegalese people to adopt it into their diets," said Aissata Aya Ndiaye, an advisor with Senegal's Economic, Social and Environment Council.

A variety of dishes featuring fonio was served at Senegal's annual day of fonio in Kedougou, Senegal, Nov. 15, 2022. (Annika Hammerschlag/VOA)

Fonio is gluten free, rich in iron, and grows easily without pesticides or chemical fertilizers.

Most importantly, the grain is drought resistant and thrives in poor soils.

Ndiaye said it is the grain of the future.

"Fonio isn't impacted by climate variations," she said. "We're never scared about drought or floods - we can always count on fonio. We always have a good harvest." 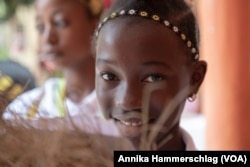 Alia Bindia, 12, holds up a basket of fonio at Senegal's annual day of fonio in Kedougou, Senegal, Nov. 15, 2022. (Annika Hammerschlag/VOA)

The need for tough, local crops like fonio is at an all-time high.

The COVID pandemic and Russia's war on Ukraine exposed the region's dependence on imports like rice and wheat.

"Now is the time to start thinking about how to stock up on reserves - for Africa and particularly for Senegal," said Khady Camara, founder of Vacances Vertes, a feminist environmental organization. "Because if we don't, in one or two decades, I assure you that famine will destroy all of Africa." 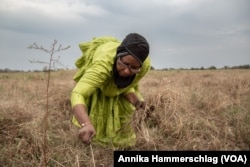 Fonio production has been held back by the tiring shelling process, usually done by hand.

"With the machine, we can process 150 kilos per hour whereas manually, we can't even process 10 kilos per hour," said Keba Barry, the manager at the GIE Koba Club, a fonio processing factory. 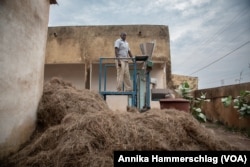 But other regions of Senegal aren't so lucky.

Nationwide, Senegal produced about 5,000 tons of fonio in 2019 compared to more than half a million tons in neighboring Guinea.

As they sit down for a meal at Senegal's Day of Fonio, fans of the grain hope leaders prioritize its production to benefit the country's health and food supply.