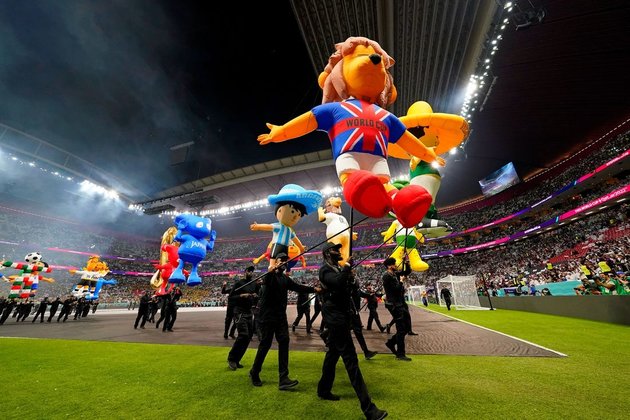 England opened Group B play at the World Cup on Monday with a 6-2 thrashing of Iran in Doha, Qatar.

The Three Lions got two goals from Bukayo Saka and one each from Jude Bellingham, Raheem Sterling, Marcus Rashford and Jack Grealish.

Mehdi Taremi had both goals for Iran, scoring in the 65th minute and with a penalty kick in stoppage time.

Iran's starting goalkeeper Alireza Beiranvand attempted to play following a head-to-head collision but left on a stretcher in the 19th minute, five minutes after the injury.

Cody Gakpo broke a defensive deadlock in the 85th minute and the Netherlands added another late goal to hold off Senegal in their Group A opener.

Gakpo nodded in a deep cross from Frenkie de Jong, finding the top left corner of the net for a 1-0 lead.

Back in the World Cup for the first time since 2018, the Dutch made it 2-0 with Davy Klaassen's left-footed shot late in stoppage time.