US Sanctions Russian Wagner Group, Urges Others to Follow 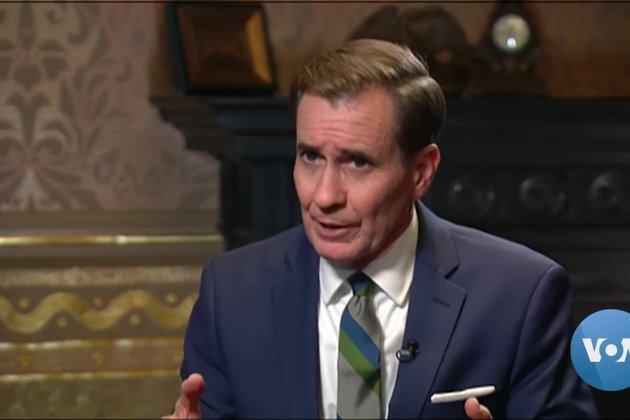 WHITE HOUSE - The White House on Friday announced it will designate the Wagner Group, the Russian private military company supporting Moscow's war on Ukraine, as a Transnational Criminal Organization, hitting it with sanctions and limiting its ability to do business around the world.

Declaring Wagner a TCO freezes its assets in the U.S. and prohibits Americans from providing funds, goods or services to the group.

'It will give us more flexibility,' John Kirby, the National Security Council coordinator for strategic communications, said in a Friday interview with VOA.

'We were already sanctioning Russia writ large across the board, and some of those sanctions and export controls we know also tangentially had an effect on private military contractors like Wagner, but this is really targeted towards Wagner specifically,' he said of the sanctions that will be put in effect by the U.S. Treasury Department next week.

Kirby said the U.S. is urging other countries to target the group led by Yevgeny Prigozhin, a Russian oligarch and confidant of Russian President Vladimir Putin. In recent years the group has significantly increased its footprint not only in Ukraine, but also in Syria, Libya, Sudan, Central African Republic, Mozambique and Mali and has been accused of human rights violations in countries where it operates.

The Biden administration also released newly declassified photos of what it says are Russian rail cars delivering infantry rockets and missiles from North Korea in November for use by Wagner forces. The administration submitted the imagery to the U.N. Security Council panel charged with enforcing North Korea sanctions to push for action on what it says is a violation of U.N. Security Council resolutions on arms transfers.

'The North Koreans had just been baldly lying about their support to Russia,' Kirby said, adding the U.S. wants to 'lay out demonstrable evidence' of Pyongyang's support.

Last month the White House confirmed that Wagner deploys about 50,000 fighters in Ukraine, 40,000 of them recruited from Russian jails.

Olga Romanova, executive director of the civil rights movement Russia Behind Bars, told VOA that prisoners who agree to sign the contract with Wagner are paid about $3,000 a month.

'By the end of 2022, the desire to go serve in Wagner group in Ukraine has diminished significantly among the Russian convicts,' she told VOA, citing extrajudicial executions, unfulfilled promises and extremely high casualties.

Experts who study the group say up to 80% of Russian convicts used by Wagner die in Ukrainian battlefields. Out of thousands of Wagner-recruited convicts, only 106 were pardoned and allowed to go home after the fulfillment of their six-month contracts, Romanova said.

Prisoners are deployed without training, organizational capability, or command and control, Kirby said.

'They're just throwing them into this meat grinder in the Bakhmut and Soledar areas, and they're paying a heavy price for it,' he said, referencing two Ukrainian towns that are the focus of recent intense fighting.

Kirby spoke of mounting tensions between Prigozhin and the Kremlin, accusing the Wagner founder of making himself 'seem more relevant and more viable than even the Russian military' while 'trying to fill his own coffers.'

The Wagner group posted a picture of Prigozhin and his fighters in Soledar, which the Russian Defense Ministry claimed to have captured last week without mention of Wagner's role.

Kirby would not confirm whether the U.S. is aiming next to designate the group as a Foreign Terrorist Organization. In December a bipartisan group of U.S. lawmakers introduced the Holding Accountable Russian Mercenaries (HARM) Act, bipartisan legislation that would require the Secretary of State to designate Wagner as an FTO. A similar measure has been introduced in the U.S. Senate.

In November, the European Parliament adopted a resolution urging the European Council to place Wagner on the EU terrorist list.

Designating the group as a terrorist organization would not only freeze its assets, ban recruitment, financing and travel of its members said Meryl Demuynck, research fellow at the International Centre for Counter-Terrorism.

'It would send a very strong message and has a symbolic function, not only to Russia,' she told VOA. 'But also to countries that are already resorting to the group or considering resorting to it.' 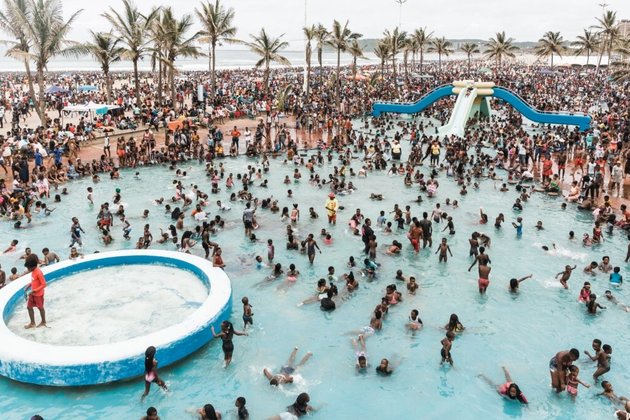